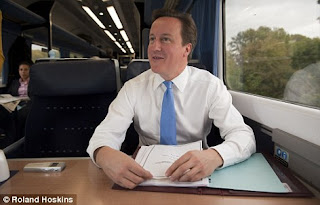 David Cameron is no softy, that much is clear. The kind of cuts to services he envisages go beyond what any government has attempted without being pressured by creditors. So now we have an interesting experiment being set up: in the United States, the Obama administration has chosen to live with deficits for the medium term, and wait for revenues to rise once the economy begins to grow again. The UK has taken a very different direction. Five years down the line, we will know which approach worked best.
However, I doubt if any rigid positions will budge as a result of this transcontinental experiment. After all, my friends who are enthusiastic about free markets refuse to blame lax regulation and excessive speculation for the meltdown of 2008, despite all the evidence that those two in combination triggered the financial crisis. They blame, instead two quasi-government housing loan agencies, Fannie Mae and Freddie Mac, both of which were in existence for decades before the crash, and pursuing the same policies through that entire period, which saw a number of real estate booms and busts.

Two sidelights:
The party that stands to lose the most as a result of Cameron's first budget and future economic plans is the junior partner in the ruling coalition. The Lib Dems are going to have a really tough time next time round with what's probably going to be a polarised electorate.

Hello Sir,
I got the link of your blog from Yahoo article which was about Lonely Planet. I am a student and avid fan of History so it was really rejuvenating for me to read the article.
Really nice posts :)
Please keep posting more if you can. Your posts are really very informative and have different perspectives.

Thanks a lot, Renuka.