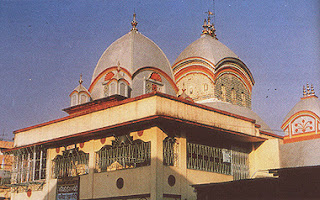 So glad to see a post from you after such a long time. Keep them coming.

And good to see a comment! Hope I can get this blog sputtering back to life, and then hopefully humming again.
Girish

I'll second the welcome back. I was just wondering the other day what had happened to your blogging impulse.

Have you got any suggestions about books on Calcutta similar to Katherine Boo's on Bombay? I saw this last here first, but since, everywhere.

Thanks, Deepa. Seana, Calcutta fell out of favour with writers a long time ago; there's been nothing interesting written about the city, at least in English, for decades. Unfortunately, back when Calcutta *was* a writer's favourite, the white-saviour-in-dark-lands genre was popular, and the city was written about mainly in that mode.

It's due for a renaissance, then.

Great to read you again ...despite that first sentence ;-)

Girish, Calcutta has a thriving theatre scsne much like Bombay. Next time try to check out Hindi or English plays. I nnoticed that hindi plays are doing quite well these days even in remote places in Bengal.

Hi Shampa,
Ive heard there are almost as many Biharis as Bengalis in Calcutta, which might account for the popularity of Hindi plays? On the other hand, Calcutta Biharis are strictly working class, and might not contribute substantially to theatre goes. I guess the Marwaris also favour Hindi plays.
As for me, sad to say I barely see any theatre in Bombay these days.