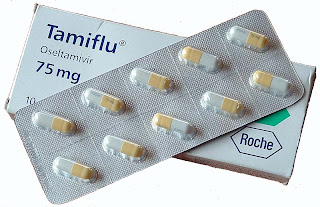 Since November 1, prepaid connections have been discontinued in Jammu and Kashmir. The Home Ministry ordered the prohibition because it felt vendors were issuing connections without vetting applicants properly, creating a security threat in the troubled state. J&K's chief minister, Omar Abdullah, is protesting the move, but the Centre rejects the idea that the entire population is being punished. Just get postpaid connections, says the Home Minister, they're equally cheap.
The principle, though, is plain unfair. If the Home Ministry found, during random checks, that connections were being given to customers without proper verification, it should have penalised service operators and vendors. But governments in India, whether state or federal, are perfectly happy to prohibit a range of services because of fear of their possible misuse.
A great example of this is the ban on the sale of Tamiflu across the country. No chemist is allowed to stock the potentially life saving drug, though a generic version is manufactured in vast quantities within India. A few hospitals in each state hand out the tablets, after tests confirm a patient has swine flu. Now I'm no doctor (those readers who are, please verify the accuracy of what I'm saying about Tamiflu), but I've heard that Tamiflu should be taken within 12 to 48 hours of the onset of flu symptoms. The first stop for most people when they have fever is their GP. He prescribes the usual medication, and only elevates the case if the fever does not abate. By the time a patient gets to a hospital, is diagnosed, and tested for swine flu, the 48 hour mark is long gone, and Tamiflu is virtually useless.
So why aren't doctors allowed to prescribe Tamiflu, and chemists to sell it? For fear of misuse, which might lead to resistant varieties of the virus emerging. Dozens of Indians have doubtless died already because Tamiflu was not presribed in time.
It is true that, once the drug is available at the local chemist's, all and sundry will walk in and buy it, with or without prescription. Nothing will be done to address this laxity. I recall seeing the Gus Van Sant film Drugstore Cowboy, in which Matt Dillon and his fellow addicts break into chemists' shops to get their hands on prescription drugs. My reaction was: just come to India, you can buy all the prescription drugs you want, no matter how lethal, over the counter.
Even if the authorities clamped down on the sale of scheduled drugs without prescription, it would be easy enough to get one from most family physicians. When I first travelled to England as a student, I was asked to fill out a form listing ailments I'd suffered from, and get it signed by my GP. There was nothing serious in there apart from a bout of Hepatitis I'd suffered a few months previously. My doctor looked at what I'd written and said in a troubled voice, "Why did you put in the jaundice? They may not give you a visa." I told him I didn't think the visa would be a problem, but since I'd heard some kinds of Hepatitis were chronic, it was best to provide the information just in case I had a relapse.
This grew into an argument, with him insisting I should lie in the form, and me telling him it was my concern, not his, whether or not I got to England. Astonishingly, he refused to sign the document, and I had to get a signature from another doctor, who knew nothing about my medical history, and was not concerned about my prospects.
Posted by Girish Shahane Girish Shahane at 4:37 PM

Its a few years since I was in India, but I seem to remember being able to get quite a few medicines without a prescription: codeine, Ambien, etc. Have they tightened up the rules?

Adrian, those medications you got were prescription drugs; it's just that chemists in India have never bothered about such details.

You need a prescription for codiene now and it is not that easily available anymore.