A piece that was to appear in a newspaper this morning, but was spiked. 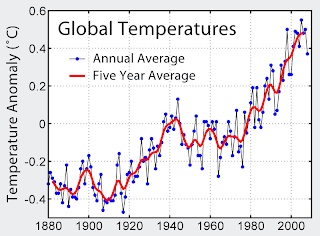 In Bombay in the 1970s, the rains would fade at the end of September and return only in June, at least that’s how I remember it. The pattern’s been disturbed in recent years. Heavy showers surprise the city in odd months, as they did a few weeks ago. That downpour barely inconvenienced office-workers, but had serious consequences in rural Maharashtra, where tomato farmers saw their year’s profit washed away in hours. Across the globe, people in traditional occupations, from watermelon growers in the Mekong delta to reindeer herders in Finland, their livelihoods threatened by unseasonal rains, are finding the old certainties no longer apply. Anecdotal evidence is insufficient ground for concluding a significant change is upon us, but in this case it is aligned with data which most experts consider unequivocal, and which suggests that higher temperatures recorded in recent decades cannot be ascribed to normal climatic fluctuations.
We know for certain that atmospheric carbon dioxide traps heat. Considering that human activity has led to an almost 40% increase in atmospheric CO2 within a short span of time, it stands to reason that this has played a role in warming the globe. Yet, even as the science of climate change has gained an ever firmer footing, public belief in the hypothesis has slipped significantly. Only 36% of Americans now agree carbon emissions are making the earth warmer, down from 47% a decade ago. A similar downtrend is visible in Europe and Australia. In India, only one in three adults has even heard of climate change.
The figures are bad news for leaders who've gathered in Copenhagen to settle on a plan to spew less CO2. They have to sell a prescription of higher taxation and stricter regulation to increasingly skeptical electorates. Their cause has not been helped by the release of hacked emails from a few climate scientists that imply data was being fudged to fit a preconceived conclusion.
I’m not surprised that wariness about the climate change hypothesis has grown as nations move to implement potential solutions. The shift to political action brings science into an arena where it is judged primarily on ideological grounds rather than on its own terms. Right-wingers in the United States, who dislike big government and multilateral agencies, find it easy to say, “The science is shoddy, misleading, incomplete”, rather than, “Our actions are altering the climate and will hurt hundreds of millions of vulnerable people, but that’s no reason to pay more for emitting CO2”. The Wall Street Journal and Fox News, both right-wing media outlets controlled by Rupert Murdoch, have led the attack on the science of climate change. 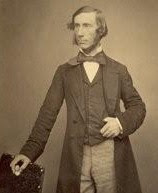 In 1859, John Tyndall demonstrated that carbon dioxide absorbs infrared radiation and thus helps keep the earth warm and habitable. That same year, Charles Darwin published his monumental On The Origin of Species. In the hundred and fifty years since, the ideas of Darwin and his followers have become the basis of all biological science. We now possess mountains of evidence that humans descended from other animals. Despite this, acceptance of the theory has dropped in the US in the past two decades. A recent survey concluded that a mere 14% of American adults agree evolution is ‘definitely true’, while a third say it is certainly false. The number who are unsure has jumped three times since 1985, to 21%, thanks to attacks on evolution by conservative Christians.
Like any scientific advance, evolution has attracted its share of hoaxes, from Piltdown Man to Archaeoraptor. These are seized upon by ‘creation scientists’ to discredit the entire discipline, just as the hacked emails have been gleefully publicised by climate change deniers as proof that the whole notion of anthropogenic global warming (AGW) is fake.
Those questioning the broad consensus on AGW see themselves as underdogs, champions of free thinking battling an entrenched establishment. They remind me of people who, in the 1990s, rejected the relationship of HIV to AIDS. The HIV virus was isolated in 1983 and understanding of AIDS progressed rapidly enough for the first antiretroviral drug to be produced by 1987. In 1988 the Institute of Medicine of the US Academy of Sciences stated, “The evidence that HIV causes AIDS is scientifically conclusive”. Even as the disease was brought under control in the developed world, it exploded in poorer countries, particularly sub-Saharan Africa. 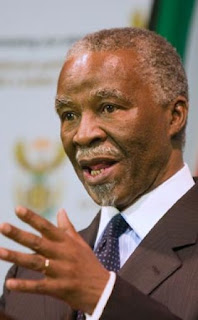 One of the most prominent leaders of the region, South Africa’s President Thabo Mbeki, was drawn into the orbit of AIDS deniers. He grew convinced that the disease afflicting Africa was not the same as the one the West was battling. Antiretroviral treatment, he claimed, was toxic, and the whole notion of an African AIDS epidemic a conspiracy hatched by racist whites and multinational pharmaceutical companies. He obstructed the sale of drugs that could counter HIV and prevent its spread from mothers to infants. The result, according to a Harvard School of Public Health report, which compared South African infection rates with those of neighbouring countries that put in place antiretroviral treatment programmes, was that at least 330,000 more deaths occurred thanks to Mbeki’s embrace of unconventional ideas.
Climate change deniers are entitled to express their views freely, but South Africa's AIDS tragedy demonstrates there can be a dreadful cost attached to rejecting the scientific consensus. If misrepresentations by the Wall Street Journal and Fox News impact public opinion enough to wreck attempts at reversing global warming, Rupert Murdoch will have blood on his hands as surely as does Thabo Mbeki.
Posted by Girish Shahane Girish Shahane at 8:00 AM

Uhmmm... it would have been nice if you had mentioned the sources of your percentage polls.

Don't know about America. But in Europe, I have met shopkeepers, security men, random shop assistants who believed in climate change. I know my anecdotal experience isn't much to go by but one can sense which way the tide is headed through real life experiences.

Also here is a guardian poll that suggest the same: http://www.guardian.co.uk/environment/2009/dec/15/guardian-icm-poll-climate-change-problem

As for Americans, I think they are going through a stupidity epidemic at the moment.

As I mentioned, the piece was meant for a newspaper, and I put it in as written.
The poll you cite does not compare current figures with previous ones.

The same agency, ICM, conducted a poll for the Sunday telegraph, which spun the results rather differently: http://www.telegraph.co.uk/earth/environment/6737353/Only-one-in-two-voters-accepts-man-made-climate-change-according-to-new-poll.html