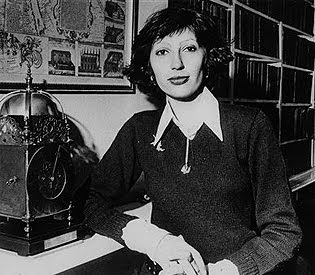 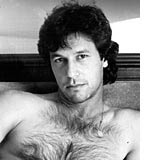 In the mid-nineties, as Imran Khan and Benazir Bhutto became implacable foes, I wondered what their relationship had been like when both were at Oxford. Benazir was a student at Lady Margaret Hall, and Khan attended Keble, housed in a red-brick neo-Gothic building down the street from LMH. There weren't many Pakistanis in Oxford in the early 1970s. Bhutto and Khan, as the two most prominent, must have met frequently, but they never spoke about those days after they became political foes.
I imagined a soap opera situation in which the prime minister's daughter and the young sports hero briefly became lovers before going their own way, only to end up on opposite sides of a political divide two decades later.
Now, a new biography of Imran Khan suggests that the two were, indeed, romantically involved. The actual evidence provided by the author Christopher Sandford appears pretty weak. He told the Daily Mail, "for at least a month or two, the couple were close. There was a lot of giggling and blushing whenever they appeared together in public," and added: "It also seems fair to say that the relationship was "sexual", in the sense that it could only have existed between a man and a woman. The reason some supposed it went further was because, to quote one Oxford friend: 'Imran slept with everyone.'"
Imran has already denied there was anything romantic, let alone sexual, between Benazir and himself. This hasn't stopped the Times of India from headlining its article: 'Imran, Benazir had a roaring affair at Oxford'. Notice the quote marks, though nobody has said anything of the sort. Interesting how the relationship mutates from, 'they giggled and blushed' to, 'it was sexual in the sense it could only have existed between a man and woman', to 'roaring affair'.
Posted by Girish Shahane Girish Shahane at 9:40 AM

Do you keep a bank of photos? It would have taken very intense googling to come up with 'these' pics within hours of this story appearing.

Not too intense, a couple of minutes of searching threw these up. Wish I had a higher resolution version of Imran's pic, though. What's annoying is that 90% of images answering to 'Imran Khan' are about the newbie Bollywood actor.

Sexual shenanigans at LMH? I dont believe it.

You are keeping us entertained dredging out these cheesy pics from goodness knows where. Guess you are trying to be convinced that when they looked like this "roaring affair" was possible. :)