The Meltdown and Race Politics

Brazil's President, Lula da Silva has joined the list of world leaders making undiplomatic statements as the economic slowdown begins to bite. Addressing a press conference alongside Britain's Prime Minister Gordon Brown, Lula brought race into the equation: "This crisis was caused by no black man or woman, by no indigenous person, by no poor person," he said, "This was a crisis that was fostered and boosted by irrational behaviour of people that are white, blue-eyed, that before the crisis looked like they knew everything about economics."
There you have the third world, or postcolonial, view of the meltdown. Lula himself, it is worth mentioning, is white, though not blue eyed, continuing a Brazilian tradition of pale presidents leading a racially diverse population. 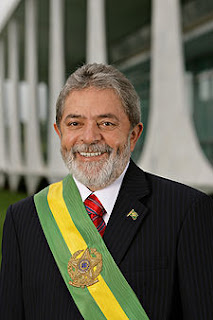 American right-wingers have a different take on the matter. They blame the crisis on the Community Reinvestment Act, signed by President Carter and strengthened by President Clinton, which encouraged banks to lend in low-income neighbourhoods. Although the legislation was colour blind, the neighbourhoods affected were frequently dominated by blacks or Hispanics, which has resulted in Republicans grumbling about 'minorities' in their analysis of the meltdown.
Republicans have also pointed fingers at the two quasi government companies, Fannie Mae and Freddie Mac, established during the Great Depression to facilitate mortgages for low-income workers. Among their main targets has been Franklin Raines, Bill Clinton's former budget director, who resigned as CEO of Fannie Mae back in 2004. 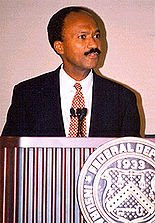