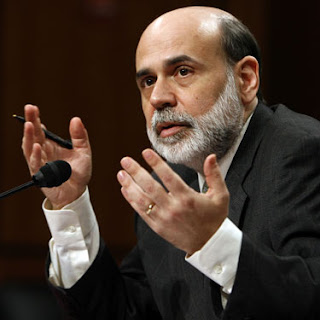 AFP: Bernanke sees 'green shoots' of US recovery. That's the headline of an article about network correspondent Scott Pelley's interview with Ben Bernanke, chairman of the Federal Reserve. The main body of the AFP piece states, "The "green shoots" of economic revival are already evident, Bernanke told CBS program 60 Minutes in the interview broadcast late Sunday, which the network said was the first by any sitting Fed chairman in 20 years."
Green shoots entered the political lexicon during the recession of the early 1990s, after Norman Lamont, then Chancellor of the Exchequer said, during a speech at the Tory party conference of December 1991, "The green shoots of economic spring are appearing once again". 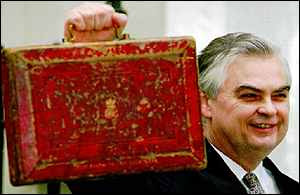 The winter of 1991 turned into the spring of 1992 without any green shoots of economic recovery flourishing, and the phrase came to haunt Lamont. His boss, John Major, led the conservatives to a miraculous general election victory that April despite a continuing downturn, but Lamont had to carry the can for the disastrous exit of the UK from the European Exchange Rate Mechanism in September 1992. He was offered a demotion in May 1993, and chose to quit the cabinet altogether.
It has since become standard operating practice for reporters to ask about green shoots during recessions. If one turns to the transcript of the Ben Bernanke interview, one can see it was Pelley who prompted him with that phrase:
"Do you see green shoots?" Pelley asked.
"I do. I do see green shoots. And not everywhere, but certainly in some of the markets that we've been functioning in. And we've seen some improvement in the banks, as well," Bernanke said.
So the Fed chairman used a phrase not of his own choosing, which then became the headline of an AFP report. It won't matter much in the US, where few people know or care about Norman Lamont, but things are different in the UK. Two months ago, Shriti Vadera, Undersecretary for Business, Enterprise and Regulatory Reform, became a target for the opposition and media after falling into the 'green shoots' trap. Asked by ITV's Alastair Stewart, "You're a former banker and business person yourself and now a minister – when will we see the green shoots of recovery?", she replied, "Well, it's a very uncertain world right now globally but I wouldn't want to be the one predicting it. I am seeing a few green shoots but it's a little bit too early to say exactly how they'll grow." 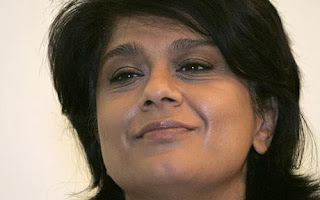 As neutral an answer as one can imagine. But her use of Lamont's phrase under Stewart's prompting led to articles in the Daily Telegraph, the Financial Times and other newspapers with headlines like "Green shoots: Shriti Vadera's economic optimism sparks outrage". Vadera had to apologise for her supposedly insensitive failure to sympathise with those losing jobs, and her irrational exuberance about the economy. That last phrase, 'irrational exuberance', was made famous by Ben Bernanke's predecessor as Fed chairman, Alan Greenspan, who used it in a speech he gave at the American Enterprise Institute in 1996. The question Greenspan asked then was, "But how do we know when irrational exuberance has unduly escalated asset values...?" The term didn't come back to haunt him as quickly as 'green shoots' did Norman Lamont, but it is gradually doing so now that we know how Greenspan's enthusiasm for fancy derivatives helped create housing and financials bubbles, the bursting of which precipitated the present global crisis. 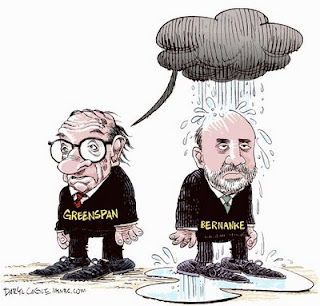