Prabhakaran: how will it end?

Governments across the world are asking for an immediate ceasefire in Sri Lanka, but they know it isn't going to happen. No army stops operations while so close to a decisive victory at the end of a long civil war. The LTTE, in a final demonstration of brutality, has used civilians as shields, putting at risk the lives of hundreds of thousands of people it claims to represent. It is another matter that Tamil protesters across Europe and writers like Arundhati Roy refuse to see this strategem for what it is, and choose to blame only the Lankan government for civilian casualties.
It is likely that Velupillai Prabhakaran, the ruthless leader of the LTTE, will be captured or killed in a matter of days. Most commentators believe Prabhakaran will choose death over imprisonment. He told journalists in 2002 that LTTE cadres had instructions to kill him if he compromised the ultimate goal of the organisation.
A surprising number of leading terrorists and insurgents, however, have ended up in jail. 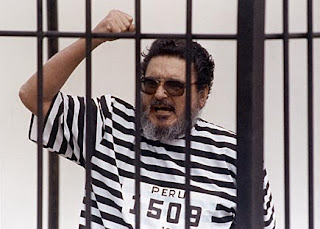 Abimael Guzman of Peru's Shining Path was caught in a ballet studio in Lima where he had been living comfortably. 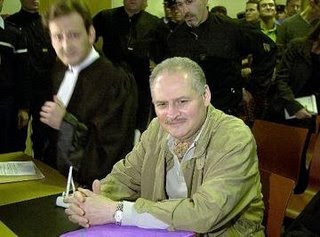 Carlos, 'the Jackal', hopped from country to country till his Sudanese hosts gave him up to foreign intelligence agencies. 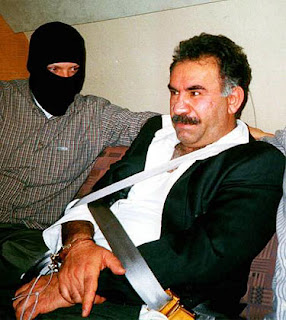 Abdullah Ocalan of the Kurdistan People's Party was trapped by Turkish agents in Kenya. In each case, news of the capture came as an anti-climax, because these men's actions had made them into larger-than-life personalities in the minds of the public.
The Sri Lankan authorities might decide they prefer Prabhakaran dead rather than alive, but if the man who sent thousands to a gory end is given a choice, don't be surprised if he timidly chooses a cell block over of a grave.
Posted by Girish Shahane Girish Shahane at 9:19 AM

Arundhati Roy is a master of shrill polemic.

I've always wondered why she has never taken on her cousin brother Dr Prannoy Roy for his and his channels' distinctly capitalist, imperialist tendencies?
s anand