pics of the day

I've been out the entire day and have little to post. Here are two images to fill the gap. First, another encounter between Foreign Minister Pranab Mukherjee and a visiting giant, in this case the British Foreign Secretary David Miliband. 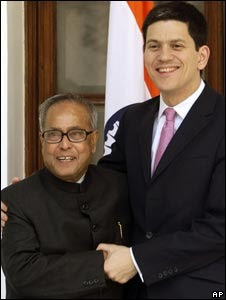 Second, in the lead up to Martin Luther King Junior's birth anniversary on January 15, an image of him delivering the famous I Have a Dream speech. The entire speech can be viewed on YouTube. What struck me when I first saw a film of the historic event was the number of people wearing Gandhi caps. 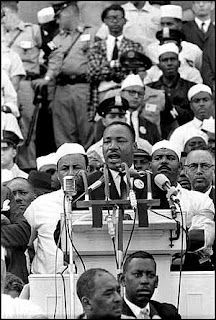