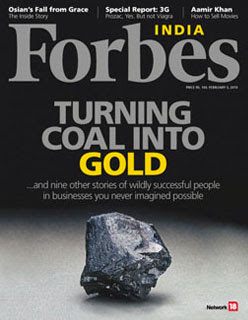 It is common knowledge now that Neville Tuli and his arts organisation Osian's are in deep financial trouble. A well-researched story in the current Forbes India follows the less detailed one in Mint a month ago in providing many interesting details about the web of transactions between Osian's, Christie's, Sotheby's, an offshore company run by Tuli called Bregawn Jersey, and Abraaj Capital, a Dubai-based investor in Osian's.
I learned a lot from the Forbes piece, and will write more on the subject when I have time, but for the moment I recommend that people interested in Indian art buy the February 5 issue of Forbes India. It can't be read online.
There are a few mistakes in the article which I might as well correct. First, the article gets the timeline of Tuli's development wrong. He published his book, The Flamed Mosaic, before, not after, establishing a gallery called The Window, which he ran in collaboration with Sangita Kathiwada. The Window was not, as Sangita Kathiwada is quoted as saying, "a non-commercial space". Not only was it commercially run, but I recall the art displayed there being overpriced.
The most glaring error is Forbes' estimate that the art market was worth only Rs.50 crores in 2004. When I worked for a dotcom called Chaitime in 2000, I had estimated the worth of the art market at between 100-150 crores annually. Though I never undertook any such research afterwards, it is reasonable to assume that the market had grown to between 200 and 300 crores by 2004.
Finally, Bregawn Jersey is based on the island of Jersey off the northern coast of France, not in New Jersey, USA.
Posted by Girish Shahane Girish Shahane at 11:20 PM

Well, I doubt I will run across the Indian Forbes, but I will look forward to your thoughts. The Jersey thing is a classic. The Boss isn't in charge of everything,, after all.

Seana, I believe Forbes India makes articles available after a time lag, so I'll link to the piece once it is free to read online.

Good, I'll look forward to it.

Elizabeth Flock here from Forbes India. Thanks for reading the article. Just a few things: Sangita Kathiwada, who established the Window with Tuli, gave the date of the opening of the gallery, and also called it a non-commercial space. If the gallery sold artwork commercially, Forbes India hasn't independently verified that. There are several Indian art experts who have estimated the value of the art market at only Rs 50 crore in 2004. Finally, thank you for catching that Bregawn is located in the Jersey Isles, not in New Jersey. Our mistake.

Thanks for your response, Elizabeth. I don't blame you for Sangita Kathiwada's error. As for the estimation of experts, there are a few who gained their expertise during the boom years and actually have little knowledge of what went on before. Will provide more detals of why the 50 crores can't be right when I'm back in Bombay.

But my basic point is, Great article!

Girish, it is online:
http://business.in.com/article/real-issue/osians-art-fund-the-broken-paddle/9532/0

Cut him some slack, he has done more for Indians arts than anyone else on the planet.

More than anything else Elizabeth your article spews filth against Neville Tuli and anyone who has been in the art market long enough will know what he has done. and any one who has been around a long time will read the tone of vendetta in your tone... me thinks i should do an expose on Elizabeth's and Girish's views!

Lol once more. Some details, perhaps?

details did you say Girish? why was your stint as the Editor of Art India so short lived?

This is business not glorified philosophy!

I don't believe it was short lived. Three of four Art India editors had comparable stints. And I chose to leave, for reasons I am certain you know nothing about. Insinuations of this kind devoid of facts are not what I call details.

Funny thing is, I haven't even written a post critical of Neville. Anyway, if you want to continue this conversation, do it under a proper name rather than anonymously. That will make you seem a little less creepy, maybe.

On the other hand, if you want to stay anonymous, try not using your office line, which shows up as OSIAN on a DNS search, lol.

I just came by and noticed you dragged Osians into the blog. They do not respond to this nonsense, and I do not blog on their behalf. I am Sonali Engineer and have been on many art networks – Indian and international for more than 14 years to worry about posting anonymously, though it was foolish to do so this time. I have witnessed all the transformations of the art world, from Indian art being sold on the streets of Chor Bazaar and fakes being called originals to the laid back hobby style gallerists doing little for Indian art to the senior artists pleading for the common courtesy of serious attention to now where I have seen Neville Tuli bring respectability to Indian art, strong infrastructure and pride to the industry at international levels, and more importantly at home amid the daily mainstream of our public.

I would rather stand by a man who has given so much to the world of Indian art and cinema than crows and crabs who flock together but will never build anything. You only help whisper, malign and gossip against those who do build, but that is fine. It is your right and privilege.

Sonali, I didn't drag Osian's into the blog; I just pointed out that somebody from the Osian's office was composing nasty anonymous responses. It appears to have been you. I'm happy Neville has people working for him who share his zeal. I wish Osian's all the best in the future. However, ascribing motives to people and substituting rhetoric for facts is no way to respond to articles like the one in Forbes.
Since you have revealed yourself, let me say something more about my stint with Art India. A couple of years after leaving as Editor, I accepted the post of Consulting Editor. And after I stopped being Consulting Editor, I have continued writing for the publication. I've contributed the lead essay for the next issue, due out in a week's time.
Back when I was editor, I wrote a short piece commending one of Neville's shows, calling it a 'museum quality' exhibition. I don't know if his subsequent adoption of that phrase has anything to do with that article or is merely a coincidence, but the piece certainly proves I bore him no ill will then. And I do not now either. I'd also request you to read my blog posts related to Saffronart. The recent one about Krishen Khanna was certainly more critical than anything I've written about Osian's. Yet, I've been invited by the Vaziranis to be part of discussions or deliver lectures held in their gallery, and look forward to collaborating with them in the future as well. They may not agree with what I've written, but they've never suggested my comments sprang from bias or envy.

The recent issue of "Art&Deal" quarterly carries my article on the hopes and debacles for Osian's, after an interview with Neville Tuli. This interview was well after the Forbes story and your post.

I just got the issue, Abhijeet, will read you article immediately, thanks.

Art Industry in India has evolved over the period.
I happened to read Amir QR V 1.1 Issue. Was great learning about Osian's ArtWork Collection. My interest was in the points high lightened in Taxation Framework (A Report by FICCI, Deloitte and Amarchand Mangaldas). My Query is on ArtFund:
i. Reports advocates deductions to the Corporates on Donations (MADE TO WHOM)
ii. ArtFund be treated as Pass Through Entity (Are these on shore Trusts or Companies, or are off shore)

Keen on learning current Stucturing of the Funds..

Blog is resourceful in real sense..

I liked Girish as an art critic.. (in real sense).. I wish him Goodluck..

Well, you should really write thing for you can guide students studying MFA.. Sharing your thoughts, opinions and expirience with YOUNG guys/gals passionate about ART is worth..

Really you should have a column for the new generation artist..