Decline of the IPL 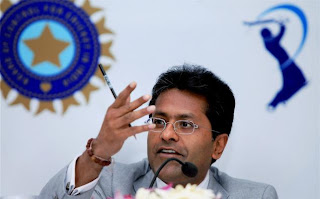 The recent auctions of new teams and raising of salary caps marks the beginning of the end of the Indian Premier League. All the revenues imaginable are being squeezed from the jamboree: endorsements on every square inch of clothing; television commercials beamed not just between overs but between balls; and aggressive merchandising of team shirts. Despite this, all but two of the eight teams have suffered losses during the initial years of the IPL's existence.
Now, the Sahara group has bid 370 million dollars for the Pune franchise, and a consortium named Rendezvous World Sport 333 million dollars for Kochi. This means the two will pay the Board of Control for Cricket in India four or five times as much each year as the other franchisees. Nobody has been able to figure out how these businesses propose to turn a profit given the way IPL finances are split. You can read detailed analyses of the issue here and here.
The Sahara people, having made a fortune at the bottom of the pyramid, appear bent on squandering it at the top, having lost money on their airline, television company and, probably, luxury township projects. For those who bought franchises in the first round, this is probably the best time to sell and walk out with a handsome profit.
What irks me about the IPL is its lack of quality. Each team is composed of, maybe, three good foreign players and three good Indian ones; a couple of journeymen; and two or three guys who are just there to make up the numbers. This was exposed during the Champions League, when not a single IPL team reached the semi-finals despite having home advantage. With two more teams to contend with, local talent is going to be stretched even thinner. How long before the public realises that excitement is no substitute for excellence?
Posted by Girish Shahane Girish Shahane at 9:59 AM

I think it's a bit too early to talk about a decline or 'the beginning of the end'. The fact that no one has proposed how the two new franchisees will make a profit doesn't mean that they won't. I'm sure they've already done the math and have good reasons for doing what they did, though time will tell if they are able to squeeze out a profit.

As to the question of quality, I think the increased exposure that local talent is getting is actually a good thing. It was never about excellence anyway. The public gets what the public wants.

Daniel, you're right, it's a premature statement. Having said that, I don't have as much faith as you do in the capability of those who bid to figure out how to turn a profit from the IPL.

i have another rant about the IPL and the many conflicts of interest its causing in Indian ckt. Hope you will do a piece (or many!) on some of them. Yday match b/w CSK and MI prompted this : Srikkanth wears 2 hats - as Brand Amb for CSK & Chmn of the Indian selectors. On the eve of team selection for the WC, whats the non-verbal msg he's sending players by wearing the yellow CSK jersey ?Will he support Badrinath over Saurab Tiwary ? Or Balaji over Abhishek Nayar? Will the MI or for that matter any non CSK player wonder whether he was playing in the "right" team in order to catch the Chief's eye. Am sure Srikanth will swear he is unbiased, but when he gets a paycheque from a private source how can he do justice to his public job ? And like Caesar's wife shouldnt he be above suspicion? S Anand

Great points, SA. There are huge conflicts of interest in the game now, with the same guys connected with broadcasters, club teams and selection committees. And nobody's paying much attention to these issues, least of all the BCCI.

Gotta say though Girish, the games are pretty exciting on the whole. Its amazing to me that someone took a game so sedate and tedious and turned into such a jamboree. Whenever I played in cricket in school it was always much more fun to swing for the fences and maybe go out, but maybe get some glory along the way. Test cricket and lord save us county cricket is the antithesis of this philosophy.

Totally, Adrian, excitement counts for a lot. I remember when the famous Ashes series was on in 2005, Rafa Benitez, new to the mysterious British game, exclaimed, "How can somebody tell his wife, 'Honey, I'll be back after the game', and then not return for five days?!"
It may well be that a generation of cricketers will grow up specifically tuned to Twenty20, and make it an art form in its own right. The money is certainly waiting. I just cannot imagine how the new IPL franchise owners will turn a profit, though.

I'm amazed at the lack of a proper background check on these new investors - or, indeed, of those who bought the first eight franchises.
Who exactly are Rendezvous World Sport, for instance, and how are they planning to finance this thing and so forth. European football clubs - with fan bases many times that of any IPL franchise - are now reeling under debts forced by leveraged takeovers. How is the IPL going to prevent that from happening?
As a passionate fan of Test cricket, I can't wait to see the IPL implode in a couple of years. Let me get one thing straight - I enjoy Twenty20, but can't stand the sight of IPL.

Ghanshyam, you're spot on about the problems of European football: unbelievably popular clubs that nevertheless make losses year after year. The IPL seems to be heading in that direction.
The new franchise auctions had some kind of framework in place, like a minimum net worth, bank guarantees and stuff, but I wonder if they did enough due diligence.