The spy ring that never was 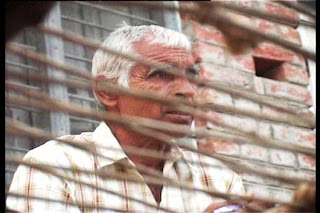 Today, an armed forces tribunal will begin hearing a 31 year old case, known as the Samba spy scandal. Tomorrow might have been a more appropriate day to start, because the case reads like a horrific April Fool's joke. The man pictured above, Sarwann Dass, a gunner in an artillery unit, was tempted into spying for Pakistan in the early 1970s. He and another low ranking spy, Aya Singh, were arrested in 1978, and quickly confessed before officers of the civilian Intelligence Bureau. After this, they were handed over to Military Intelligence. Somebody in MI decided they were part of a more widespread conspiracy, and tortured the two men to discover who their superiors in the Indian forces were.
Soon enough, Sarwann Dass provided a couple of names, and then more. Those he implicated were arrested and themselves tortured, and accused other fellow officers and jawans. Nobody knows how many serving men were arrested from their base in Samba in Jammu between August 1978 and February 1979, but the figure is certainly over 50 and perhaps as high as one hundred.
A few of these men, while admitting their guilt under duress, said things that could be factually disproved. For example, one told the interrogators he was with his Pakistani handler when he was, in fact, attending an official function. They hoped these discrepancies would help absolve them when their case came up for hearing. It was a false hope. The court martial paid little heed to hard evidence and went entirely by the often impossible stories that had been made up by the defendants in order to get the pain and humiliation to cease.
The two real spies got away with a few months in jail, earning their full salary all the time. Some of the innocent were sentenced to between seven and 14 years in prison. Others faced summary discharge from service.
As the media gradually got to the bottom of the issue, families of those imprisoned lobbied for their release and members of the civilian intelligence apparatus questioned the army's conclusions, pressure mounted on the legal system to try the case in a more even-handed manner. In 1994, Sarwann Dass admitted in an affidavit that he had made up everything he said about the spy ring. In 2000, the Delhi High Court overturned the verdict of the general court martial. And now, over three decades later, the army is readying to make paltry amends.
The one thing that stands out for me in this episode is the effect of torture. The Samba case provides the most effective argument against the use of harsh violence in investigations. Yes, such methods might help you land a few criminals or even a terrorist or two. Yes, beating up suspects may occasionally lead you to incriminating evidence, which then can form the basis of a legal case. More often than not, though, torture transports investigators to the land of red herrings, wild goose chases and witch hunts. All detainees break, sooner or later, even hardened army men, and begin saying whatever they imagine will please the investigators
When anybody suggests it is worth torturing enemies of the state in the interest of national security, remember Havaldar Ram Swarup, who died in custody with thirty-nine injuries on his body; Captain R S Rathaur, who had needles placed under his fingers, a metal rod inserted in his rectum, his hairs pulled out one by one, who was dragged around his cell with a rope tied to his testicles; remember Major Ajwani, who refused to admit the confession of a manifestly broken jawan, and was himself arrested as a spy and sacked.
The officers from Military Intelligence who were in charge of the investigation, Brigadier Grewal, Lt. Colonel Madan, Major Jolly and Captain Sudhir Talwar -- the latter two personally overseeing and participating in the brutality -- were promoted and retired with all their privileges intact. I hope the army tribunal admits the truth and censures them in some form while they are still alive.
Posted by Girish Shahane Girish Shahane at 4:05 PM

The post by Girish Shahane is spot on! This is the worst miscarriage of justice ever in the Indian Army. The High Court in Dec 2000 rightly observed that Major Jolly & Co assumed the role of prosecutor, judge & executioner. Any guy who refused to toe their absurd story was himself branded a spy! Major RK Midha, because he refused to endorse the theory that Hawildar Ram Swarup died because of drugs was himself framed in the case. Maj Ajwani, judge advocate, too dubbed a spy...just imagine what secrets would a judge advocate have about army operations?? The sole basis for their conviction - (a) their confessions under 3rd degree torture (b) Sarwan Das & Aya Singh's testimony. Thats it! Aya Singh died while crossing over into Pakistan (post framing these officers) and sarwan Das today is shouting from every roof-top that he had lied. Yet, Army is not willing to admit that its own officers bungled up bigtime!

The nation should rise and seek justice for its bright innocent officers. The real spies were a couple of interrogators themselves. They tried to distract attention by these mass arrests.

I have been an admirer of your posts - you bring in great clarity on the topics you write, while avoiding jargon and clichés. You often challenge conventional wisdom, and many times, I emerge reading from your posts, wiser. (Except the art-world posts which I skip :-) )

Today's post was no exception. I'd however like to ask you your opinion on torturing enemies of the the state where the offense committed is proved beyond doubt and the torture serves as a release/relief mechanism for society.

Example: consider criminals like the mining-mafia ministers from Bellary, Madhu Koda, Raj Thakre and his cartoonist-delusionist uncle, etc. The crimes committed by these people have negatively impacted thousands of people, but their amazing success reminds (and perhaps inspires) countless Indians to take to crime of the political nature - consider Narayan Rane's son following his illustrious father's steps and getting docile wimpish Marathi filmmakers like Avadhoot Gupte alter films just because he (the son) didn't like the way Narayan Rane was suggestively portrayed as having a criminal background. Won't torture and punishment serve as an deterrent, because this is a language the criminals understand?

If torture for known public criminals sounds barbaric and fit for primitive societies only, then I'd say it's the right prescription for India - isn't a society which elects people like Madhu Koda and where innocent people are killed on suspicion, as mentioned in your post, a primitive society?

Bhushan, thanks a lot for your compliments. Like you, I often feel certain people deserve to be treated cruelly as recompense for their own cruelty. However, when you say it might be right to torture people when their guilt is 'proven beyond doubt', this raises the question of how that guilt is to be proven. If it is through due process in a proper court, then I presume you don't condone torture during investigation. Neither the Thackerays nor the Reddys have, unfortunately, been brought to book through a proper legal process. So, the examples you give appear to contradict your premise of 'proven beyond doubt'.
I believe that if our justice system worked more efficiently, it would be sufficient deterrent against acts of the sort you describe. In a state in which it does not function efficiently, and we can all agree it doesn't, there is no way to ensure that torture will be directed at those who we believe deserve it and not at the undeserving.
That is the utilitarian argument against torture. There's also the moral one, namely that torture brutalises society, making the lawgivers as cruel as lawbreakers. The moral argument may not hold weight with you, but I believe the utilitarian argument might.
Your post reminded me of a film called Body of Lies, starring Leonardo DiCaprio. Early in the film, the head of Jordanian intelligence, Hani Salaam, tells DiCaprio that torture isn't an effective weapon to gain information. Later on, DiCaprio sees a man tied to a table and whipped in Salaam's headquarters. When he reminds the Jordanian of what he had said, Salaam replies that he is not seeking any information from the man: "This is not torture, this is punishment!" he says.

was very distubed reading your post. reminds me of the BK Subbarao case and is a just reason to overhaul the army apparatus. Iwont be surprised if some years down the line we will see a similar acquittal in other high profile cases SAnand

SA, you're right, the Subbarao case was also deeply troubling, though luckily there appears to have been less torture involved. Our system is so flawed that many people call for some kind of army rule (though less and less with passing years it seems). I for one am really glad our military is firmly subsidiary to the civilian administration.

Torture NEVER gives you reliable information under any circumstances. Now that the grown ups are in charge even the CIA now realises this.

The "talking method" of interrogation may be slower but ultimately it is the ONLY thing that works.

I of course related your story with our own recent U.S. history as well--it's been a pretty sorry chapter, and I am not totally convinced that the lesson that torture is not an option has been wholely learned. Another aspect of it is that it damages and corrupts the practitioner as well as the victim. Very ugly stuff.

I hadn't heard about this case. It seems quite tragic.