I've been largely cut off from the Web these past days because MTNL developed one of its regular glitches. My connection's just been restored, and I find myself with a stack of posts which seem outdated. Like, does anybody want to read about Love, Sex Aur Dhokha anymore? 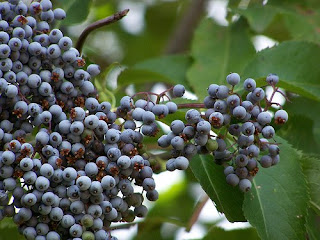 So let me skip to something current. The Maharashtra government has announced a plan to produce wine made from wild berries. The water resources minister Ajit Pawar promised to fund the venture if it is found feasible. The question arises: what is the government's definition of feasibility? Almost anything is feasible if you are willing to subsidise it enough.
I ask because Ajit Pawar also said, in the same breath, that "in Nashik, where making wine from grapes is huge business, the industry is making losses with barrels of wine remaining unsold in wineries". He's not exaggerating: one of the major vintners in the state has been declared insolvent and ordered to wind up is operations. If grape wine can't make the cut, what are the chances that fermented wildberries will turn a profit?
The reason why wineries are in trouble is because of absurdly high taxes levied by, guess who, the state government. In other words, the government subsidises the production of wine in a number of ways, including direct payments, and then ensures the product will not succeed by taxing it to death. Anybody who has tasted Indian wine knows that it is, for the most part, of middling quality, with some seriously bad plonk thrown in. I wouldn't mind paying 150 or 200 rupees a bottle for this quality of liquor, but the price at the store is usually twice that or more. If you go to a restaurant, you get jabbed by the substantial liquor license fee being passed on, and then hit by a 25% VAT haymaker. If the booze doesn't get you tipsy, the bill is sure to leave you reeling.
The excise department behaves like the erstwhile Department of Prohibition. In recent months, beer sales in Bombay have gone up substantially because of the entry of new brands, the availability of pint bottles, and the belief that beer will beat the breathalyser. Revenues from the brew rose by almost 100%, to 700 crore rupees in the last financial year. The reaction? The Excise department raised the duty on beer by almost 25%, supposedly as a revenue boosting measure. Hello, guys, your revenues have been boosted already, what you've gone and done is guaranteed to dampen them. Leaving the government with less money to throw away on wildberry wine.
Posted by Girish Shahane Girish Shahane at 11:56 AM

The belief that beer will beat the breathalizer? Now that's one that I haven't heard around here.

You've had the contraptions for a long time, they're still a novelty here :)

nice one. would still like to see your take on LSD.