Diamonds are not forever 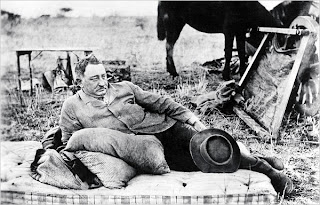 I received a disturbing letter from the Warden of Rhodes House yesterday. "To be blunt: the Rhodes Scholarships need your financial support," it read (bold type in the original). Anybody who needs my financial support, I thought, is in grave trouble indeed. Luckily for the trust, the letter went out to all former Scholars, many of whom are better equipped to help.
The question is: how did the Rhodes Trust come to this pass? After all, the bequest of Cecil Rhodes had sufficed to fund scholarships to Oxford University for a hundred years, surviving stock market crashes, stagflation and world wars. I glanced at the Trust's accounts, which indicated it had lost a third of its capital in the 2008 meltdown.
The problem has its roots, I believe, in the formation in 2003 of the Rhodes-Mandela Foundation. The idea was that, since the benefactor Cecil Rhodes was a nasty imperialist who had become one of the world's richest men by exploiting the diamonds and gold of southern Africa, the trust owed a special debt to that region. A total sum of 10 million pounds was promised by the Rhodes Trustees to the Rhodes-Mandela Foundation, to be paid over 10 years and matched by an equal amount raised from other sources.
This gift added, annually, about 20% to the trust's expenses, at a time when university fees were rising sharply for non-EU students. The trustees, under the leadership of William Waldegrave, felt the need to increase revenues to compensate. They switched, in 2004, to 'total return' investing, which, from what I can understand, means shifting from fixed-income bonds, and companies that pay substantial dividends (typically, firms in mature, slow-growth industries), to high-growth assets. High growth, of course, comes with high risk. The 'total return' strategy was dandy for three years, struggled for a year after that, and hit a wall in 2008. As far as I can tell, the Rhodes Trust sold most of its holdings near the bottom of the market, and was sitting on cash through the recovery that kicked in after March 2009.
So now they're asking for bequests and donations. They've rejigged the board of trustees, inducting, among others, Narayana Murthy. But William Waldegrave is still Chairman, something I find astonishing. He's a former Tory minister, and Vice Chairman of the Investment Banking Department and Chairman of the European Financial Institutions Group at UBS Investment Bank. No wonder the Trust almost went broke under his watch, that CV reads to me like a recipe for disaster.
Posted by Girish Shahane Girish Shahane at 9:30 AM

I always knew that I didn't know a lot about the financial world. What's been a revelation to me over, say, the last year and a half is that so many of the big decision makers in that realm apparently don't either.